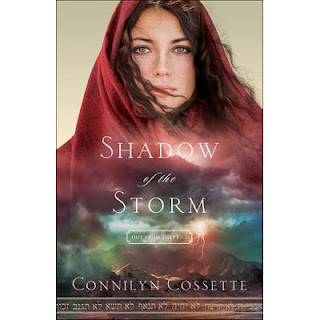 "Having escaped Egypt with the other Hebrews during the Exodus, Shira is now living in freedom at the foot of Mt. Sinai, upon which rests the fiery glowing Cloud containing the shekinah glory of God. When the people disobey Yahweh and build a golden idol, the ensuing chaos gives Shira an unexpected opportunity to learn the arts of midwifery. Although her mother wishes for her to continue in the family weaving trade, Shira's gifts shine brightest when she assists with deliveries. In defiance of her mother, Shira pursues her heart's calling to become an apprentice midwife.

When a delivery goes horribly wrong, Shira finds herself bound to a man who betrayed her, the caretaker of three young children, and the target of a vengeful woman whose husband was killed by Shira's people, the Levites. As contention between the Hebrew tribes and the foreigners fans the flames of another dangerous rebellion, Shira will come face-to-face with the heartbreak of her past that she has kept hidden for so long. How can she let go of all that has defined her to accept the love she's denied herself and embrace who she truly is?"

Is it possible for a sequel to be even better than the original? In the case of Shadow of the Storm, by Connilyn Cossette, the answer is yes! While I greatly enjoyed Counted with the Stars, the first book in the “Out from Egypt” trilogy, I liked Shadow of the Storm even more! In this second book in the series, the author has crafted a story rich in character development, engaging plot, and vibrant descriptions.

When I read, I am always on the look-out for beautifully written sentences that move me, and I found many such sentences in Shadow of the Storm. The themes of forgiveness, redemption, and courage that blossom throughout the novel are truly inspiring as well. This book also contains a very satisfying blend of well-paced adventure, suspense, and romance that drew me in and kept me enthralled from the first page to the last. I will often take the time to reread novels that were meaningful to me. Shadow of the Storm is a book that I will certainly keep on my shelf to savor again in the future.


Click here to order a copy of this novel for yourself.


*I received an advanced copy of the novel at the author's book release event. I have shared a personal and honest review. All opinions are my own. 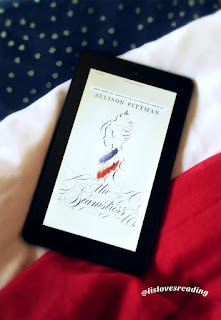 About the BookTitle: The Seamstress Author: Allison Pittman Genre: Historical Fiction
Release date: February 5, 2019
Publisher: Tyndale
A beautifully crafted story breathes life into the cameo character from the classic novel A Tale of Two Cities.
France, 1788
It is the best of times . . . On a tranquil farm nestled in the French countryside, two orphaned cousins—Renée and Laurette—have been raised under the caring guardianship of young Émile Gagnon, the last of a once-prosperous family. No longer starving girls, Laurette and Renée now spend days tending Gagnon’s sheep, and nights in their cozy loft, whispering secrets and dreams in this time of waning innocence and peace.
It is the worst of times . . . Paris groans with a restlessness that can no longer be contained within its city streets. Hunger and hatred fuel her people. Violence seeps into the ornate halls of Versailles. Even Gagnon’s table in the quiet village of Mouton Blanc bears witness to the rumbles of rebellion, where…
Read more 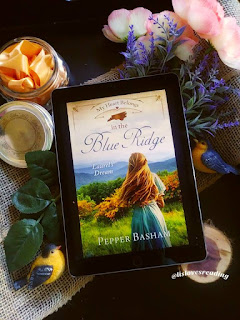 Publisher's Description"Journey into the Blue Ridge Mountains of 1918 where Laurel McAdams endures the challenges of a hard life while dreaming things can eventually improve. But trouble arrives in the form of an outsider. Having failed his British father again, Jonathan Taylor joins is uncle’s missionary endeavors as a teacher in a two-room schoolhouse. Laurel feels compelled to protect the tenderhearted teacher from the harsh realities of Appalachian life, even while his stories of life outside the mountains pull at Laurel’s imagination. Faced with angry parents over teaching methods, Laurel’s father’s drunken rages, and bad news from England, will Jonathan leave and never return, or will he stay and let love bloom?"
Click here to purchase a copy of this novel for yourself. My ReviewMy Heart Belongs in the Blue Ridge: Laurel’s Dream, by Pepper Basham, is truly one of the loveliest books I have ever read. Achingly beautiful, thoughtful, and uplifting, this remarkable no…
Read more 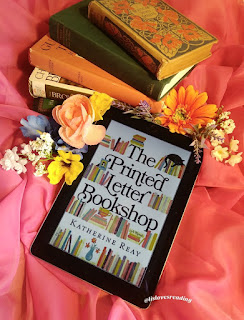 About the Book
Read more