Historical Romance Book Review: Depending on You 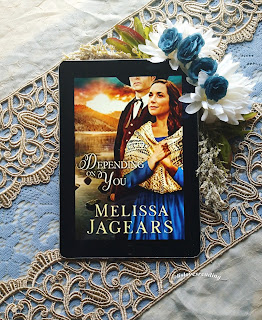 About the Book Book: Depending on You   Series: Frontier Vows, Book 3   Author: Melissa Jagears   Genre: Historical Romance   Publisher: Utmost Publishing   Release Date: December 3, 2020 Click here to purchase a copy of this book. Publisher's Book Description "Can the joy and hope of Christmas restore their love before it’s too late? Leah Whitsett’s life was ideal until the disastrous day she nearly died because of her husband’s deceit. When he returns home weeks before Christmas, she knows the best gift she can give him is forgiveness, but how can she relinquish her hard-won independence knowing he plans to turn their family’s life upside down again? Bryant has always known his wife was a gift he’d never deserved, but how can he provide for her in a town that no longer wants anything to do with him? He longs to atone for the misery he’s put his loved ones through, but when he brings a family member home for the holidays, he and Leah may end up even further a
Post a Comment
Read more 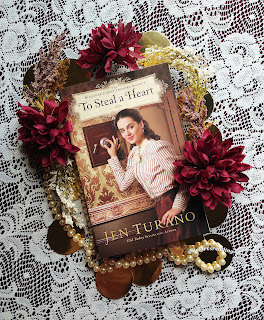 About the Book Book: To Steal a Heart   Series: The Bleecker Street Inquiry Agency , Book 1 Author: Jen Turano   Genre: Historical Romance   Publisher: Bethany House Publishers   Release Date: November 17, 2020 Click here to purchase a copy of this novel. Publisher’s Book Description "After a childhood as a street thief, Gabriella Goodhue thought she'd put her past behind her until a fellow resident at her boardinghouse is unjustly accused of theft. In the middle of breaking into a safe that holds the proof to prove her friend's innocence, Gabriella is interrupted by Nicholas Quinn, the man she once considered her best friend--until he abandoned her. After being taken under the wing of a professor who introduced him into society and named him as heir, Nicholas is living far removed from his childhood life of crime. As a favor to a friend, Nicholas agreed to help clear the name of an innocent woman, never imagining he'd be reunited with the girl he thou
Post a Comment
Read more 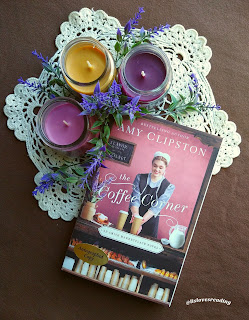 About the Book Book: The Coffee Corner   Series: An Amish Marketplace, Book 3   Author: Amy Clipston   Genre: Amish Fiction   Publisher: Zondervan   Release Date: December 1, 2020 Click here to purchase a copy of this book.   Publisher's Description “In this third installment of Amy Clipston’s Amish Marketplace series, an acquaintance grows into love over a few well-timed cups of coffee.   Alongside her cousins who have booths of their own, Bethany Gingerich runs a busy and successful coffee and donut stand at the Amish market. Since she has café-style tables and chairs, her regular customers enjoy purchasing a morning treat so they can sit and talk to their friends.   Micah Zook and his grandfather, Enos, visit Bethany every Saturday morning to purchase coffee and donuts before going to work at Enos’s custom outdoor furniture shop. Bethany enjoys talking to Micah and Enos, and she’s always thought Micah was handsome—but she doesn’t think her crush will ever result in
Post a Comment
Read more 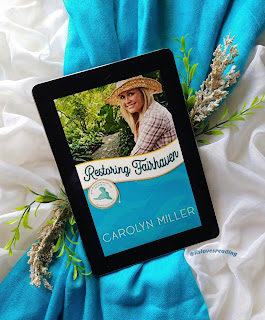 About the Book Book: Restoring Fairhaven: Merriweather Island   Series: Independence Islands, Book 6   Author: Carolyn Miller   Genre: Contemporary Romance   Publisher: Celebrate Lit Publishing   Release Date: December 8 , 2020 Click here to purchase a copy of this book. Publisher's Book Description "Love hurts, or so the songs say, so who wants it? Taking on her ailing father’s gardening business on Merriweather Island, Samantha Green only wants to escape her ex and to make her father proud. But Sam gets more than she bargained for when Greener Gardens accepts the job of restoring the gardens of a reclusive writer, Max Fairhaven, whose historical novels about romance and unrequited love litter bookstore shelves and movie marquees all over the world. Max much prefers the fictional world to the real, and the gardening girl’s interruptions means he’s driven from his writing cave far too often for his liking. How’s he supposed to craft stories with her distracti
1 comment
Read more
More posts