Showing posts from February, 2020
Show all

Nonfiction Book Review: Eat the Elephant: How to Write (and Finish!) Your Book One Bite at a Time 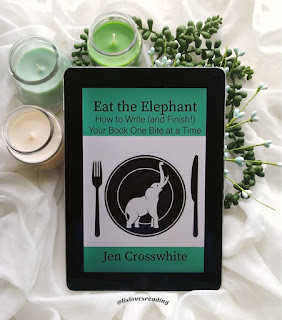 About the Book Title: Eat the Elephant: How to write (and Finish!) Your Book One Bite at a Time Author: Jen Crosswhite Genre: Fiction Writing Reference Publisher: Tandem Services Press Release Date: November 17, 2019 Click here to purchase a copy of this book for yourself. Publisher's Description "How do you write a novel? Just like eating an elephant. One bite at a time. There are a lot of books on individual aspects of writing, but how do you translate that to your own work? How do you know if you are applying it correctly? Creating a novel is a huge undertaking. How do you juggle the forest and the trees? After having shared this method with many writers at every level of writing skills over my fifteen years as an editor and an author, what I’ve discovered is that the Novel Blueprint method covered in  Eat the Elephant  addresses these common problems. ·          Each time I write a book it feels like I’m starting from scratch. How do I
1 comment
Read more 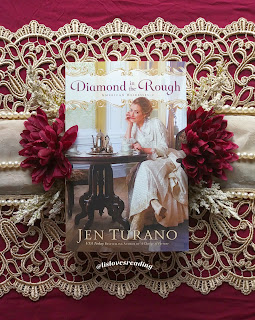 About the Book Title: Diamond in the Rough Series: American Heiresses, Book 2 Author: Jen Turano Genre: Historical Romance Publisher: Bethany House Publishers Release Date: September 3, 2019 Click here to purchase a copy of this novel for yourself. Publisher's Description "To save her family from financial ruin, Miss Poppy Garrison accepts an unusual proposition to participate in the New York social season in exchange for her grandmother settling a family loan that has unexpectedly come due. Ill-equipped to handle the intricacies of mingling within the New York Four Hundred, Poppy becomes embroiled in one hilarious fiasco after another, doomed to suffer a grand societal failure instead of being deemed the diamond of the first water her grandmother longs for her to become.  Reginald Blackburn, second son of a duke, has been forced to travel to America to help his cousin, Charles Wynn, Earl of Lonsdale, f
Post a Comment
Read more
More posts