Showing posts from April, 2018
Show all

Biblical Fiction Book Review: A Light on the Hill 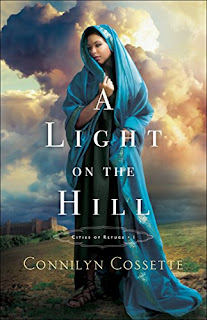 Publisher's Description "Seven years ago, Moriyah was taken captive in Jericho and branded with the mark of the Canaanite gods. Now the Israelites are experiencing peace in their new land, but Moriyah has yet to find her own peace. Because of the shameful mark on her face, she hides behind her veil at all times and the disdain of the townspeople keeps her from socializing. And marriage prospects were out of the question . . . until now. Her father has found someone to marry her, and she hopes to use her love of cooking to impress the man and his motherless sons. But when things go horribly wrong, Moriyah is forced to flee. Seeking safety at one of the newly-established Levitical cities of refuge, she is wildly unprepared for the dangers she will face, and the enemies--and unexpected allies--she will encounter on her way." My Review A Light on the Hill is the first book in Connilyn Cossette’s new Cities of Refuge series. Adventurous and compelling, this
Post a Comment
Read more 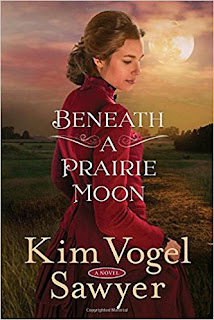 Publisher's Description "Readers rabid for the sweet historical romances of Tracie Peterson and Tamara Alexander will flock to best-selling author Kim Vogel Sawyer's prairie-set heartwarmer of high society cast-off and the western town that welcomes her. Abigail Brantley grew up in affluence and knows exactly how to behave in high society. But when she is cast from the social registers due to her father's illegal dealings, she finds herself forced into a role she never imagined: tutoring rough Kansas ranchers in the subjects of manners and morals so they can "marry up" with their mail-order brides. Mack Cleveland, whose father was swindled by a mail-order bride, wants no part of the scheme to bring Eastern women to Spiveyville, Kansas, and he's put off by the snooty airs and fastidious behavior of the "little city gal" in their midst. But as time goes by, his heart goes out to the teacher who tries so diligently to smooth t
Post a Comment
Read more

Contemporary Fiction Book Review: No One Ever Asked 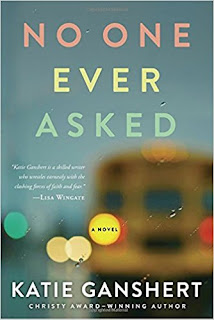 Publisher's Description "Challenging perceptions of discrimination and prejudice, this emotionally resonant drama for readers of Lisa Wingate and Jodi Picoult explores three different women navigating challenges in a changing school district--and in their lives. When an impoverished school district loses its accreditation and the affluent community of Crystal Ridge has no choice but to open their school doors, the lives of three very different women converge: Camille Gray--the wife of an executive, mother of three, long-standing PTA chairwoman and champion fundraiser--faced with a shocking discovery that threatens to tear her picture-perfect world apart at the seams. Jen Covington, the career nurse whose long, painful journey to motherhood finally resulted in adoption but she is struggling with a happily-ever-after so much harder than she anticipated. Twenty-two-year-old Anaya Jones--the first woman in her family to graduate college and a brand new teacher a
Post a Comment
Read more
More posts